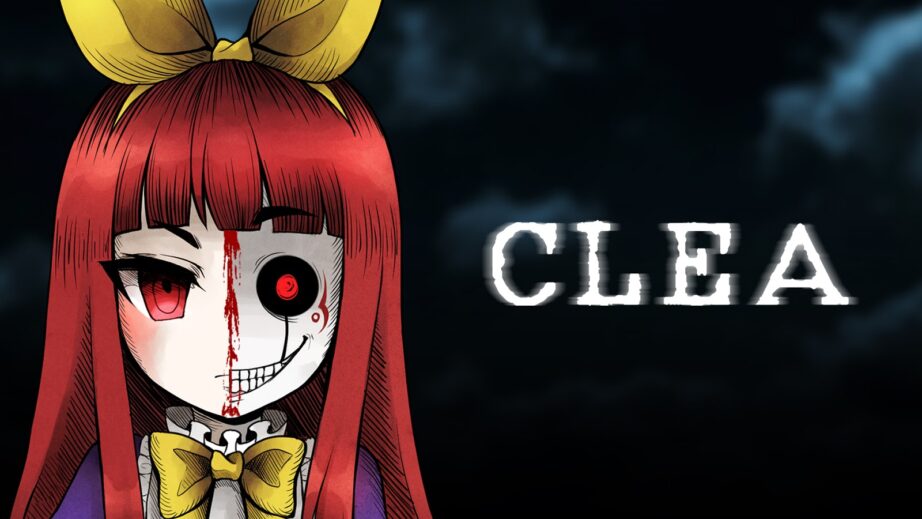 Today — October 30th, 2020 — marks the release of Clea on the Nintendo Switch! I was given a review copy of this survival-horror indie game several days prior to its launch on the Switch. I played through the entire thing!

It’s good! But, it may not be for everyone. I’ll go into full details about what I loved (and sometimes loathed) about Clea below in my SPOILER-FREE review.

Read through my rambles. If Clea sounds right up your alley, I have TWO digital copies of the Nintendo Switch version to give away to our readers!

My rambles and our Clea giveaway raffle:

Clea originally came out in July of 2019 as a PC game. If you’re a PC gamer and you’re interested in this title, it’s currently available on Steam at a discount as part of Steam’s annual Halloween sale/event.

Since then, it’s been transitioning to consoles. It came to the Xbox this summer and now (today!) to the Nintendo Switch.

You play as Clea, a little girl who’s trapped in her house with a bunch of creepiness and “Chaos Servants” out to kill her. You’re young, defenseless, and you don’t know who you can trust.

The goal of the game is to escape your family’s mansion alive, by solving Resident Evil-style puzzles, creeping along on tip-toes, and hiding in oh-so-many closets.

Clea promises “no jump scares” but it’s pretty safe to say you’ll jump at least a few times. And, even if you don’t feel full-on scared, you’ll likely become extremely tense! By “no jump scares” they mean there aren’t any pre-scripted events or meaningless sounds — but, by golly, one wrong turn and you’ll be leaping out of your flesh! And, since the scare wasn’t pre-scripted, you’ll know that you goofed and your near pants-wetting was your own doing.

What I Loved About Clea

First off, this may sound cheesy, but I found Clea to be very timely. What could be more “2020” than being trapped in your house, vulnerable, confused, afraid, and constantly taking one step forward only to be forced to take two steps back? It was unsettling — dare I say horrifying — in its apropos!

As those around you fall ill to Chaos, your already restricted world continues to shrink in around you. The sense of dread and whispers of “good God, what NEXT?!” becomes nearly suffocating, the longer you play.

Clea is very uncomfortable in the best ways. As a 2D game, your movements are limited from the get-go — you can only move left or right — and, playing as a little girl, you have no weapons other than your wits. (Minor spoiler: Clea never picks up an Uzi and mows her opponents down, nor does she grab hold of one of the many candlesticks to clock her enemies upside the head!).

While limitations in games can be frustrating (and I did have many “arrgh!” moments), I felt that Clea utilized its restrictions wonderfully — that the limits were carefully planned and used to enhance the horror atmosphere, pushing the player’s need to survive above all else.

Clea was extremely challenging but (mostly) fair! That was a refreshing change of pace. As an old-timer, I remember when video games were tests of skill, rather than interactive movies. It was ultimately very rewarding to play a modern game with that “old school” mentality. Knowing that the trials I was facing may be rage-inducing, but that they were doable… I just had to “git gud,” as the kids’ say.

I also loved the graphics. I dug the cute paper doll-looking characters contrasted with the “uhhh… is that a dead body back there?” bleakness of the backgrounds.

I also loved how the story unfolded. If you’re willing to check everything as you wander from room to room, you’ll get a pretty solid grasp on the plot via notes and diaries. I also found this reference to Troll 2 during my playthroughs and it gave me a much-welcomed laugh (right before I got killed haha):

Clea also includes multiple endings, encouraging you to replay it to figure out what you missed. I managed to get three of the endings in time for this post. But I plan to go through it again at least onnnnnne more time to make sure that was the last of ’em!

Caring enough about a game to strive for absolute completion is always a good sign, in my book. Clea managed to make me care enough about it to want to unlock everything!

But I Didn’t Love Everything About Clea…

Okay, fellow oldsters: Remember Ghouls and Ghosts? Remember how friggin’ hard that game was? Now, imagine playing a game that’s quite often as rage-inducing as Ghouls and Ghosts but you have zero weapons and no armor. Clea’s kind of like that.

Like, I think it’s for the best that Clea’s clothes don’t pop off when she takes a hit (ala G&G’s Arthur) because, as an underage girl, that would be inappropriate. But JEEZ you guys!! ONE hit and you’re DEAD! And you know what that means in an “old school” game? Yeeeeeeeeeeeeeeeeeeep! BACK TO THE BEGINNING!

I know a lot of folks dig the whole “learning through death” style of gaming. Demon’s Souls, Dark Souls, Bloodborne, even the first Evil Within game all thrived on that playstyle (and were massively successful!); but I’m not one of those people. I’m a good sport for the first twenty deaths or so and then I start channeling Sweet Brown and question if my time would be better spent elsewhere.

But the extreme level of challenge with Clea may be unique to myself and other gamers with auditory processing issues… You see, sound is of utmost important in Clea and it’s nearly impossible to get through without massive amounts of frustration if your ears are even a tad wonky…

That said, InvertMouse is an extremely conscientious developer and they’re always making tweaks and fixes to accommodate their players. Although the Nintendo Switch version that I played doesn’t have a “fix” for the hearing/sound issues I experienced, they’ve already released a patch for the PC version at the request of one player! With the update, PC players who are hard-of-hearing (or who have auditory processing issues, like I do) can now “see” the gameplay sounds if they enter a code at the title screen.

In theory, you can utilize the sounds within Clea to plan your next moves and more efficiently escape/avoid the enemies. For me, while I thought the sounds were atmospheric (great sound design!), they weren’t helpful to my playthrough. I could tell that the sounds were “moving” in my headphones, and that enemies were close by, but my brain almost always guessed incorrectly as to whether the sound was thumping in my left or right ear — which led to far too many wrong turns and aggravated sighs.

I also had a fair bit of grumbles regarding the very minimal amount of save items provided. In normal mode, you have to find save items to use and there’s around one per level, if that. In “infinite saves” mode, you’re allowed to save at the beginning of each level and a few scattered checkpoints/cakes… And that’s kinda it. Saving only at designated checkpoints isn’t my definition of “infinite,” but it’s much preferred over the default save style!

Due to my recent medical issues, I get sleepy and cranky and have to spend a lot of time in the bathroom. Having to play through the ENTIRE level all in one go — or risk losing EVERYTHING — had me pretty dang frustrated sometimes. And I was playing on the “Light” difficulty too; I can only imagine what “Dark,” “Chaos,” and “Chaos+” must be like!

Also… I thought it was weird that Clea‘s development team didn’t do anything “new” for consoles. The Nintendo Switch, in particular, has so many possibilities for unique player interactions. At the very least, utilizing the “rumble” function with console-based controllers could have been a nice touch? At least from an accessibility standpoint, having my Switch controllers alternate rumbles depending on where an enemy was approaching me from would’ve helped me bypass the hearing/sound difficulties I faced!

Then again, rumble controls in a survival-horror game can be a mixed blessing! Haha. On one hand, it can help with immersion and offer a playability workaround; on the other hand, buzzing an already tense player is a great way to send your controller flying across the room!

But am I being fair in my criticisms of Clea?

I Asked for a Second Opinion!

Although I’ve been playing video games since before I could walk, my husband, Frank Spear, is definitely the “hardcore gamer” of our household. Since he’s admittedly far more skilled than I am — and lacks my hearing issues and bathroom urgencies — I handed Clea over to him to get a second opinion.

Here’s what Frank had to say about it:

“I think it’s fun! It gave me Clock Tower vibes. I really like the artwork. And the sounds — the footsteps especially — really added to it. It’s a MUST to play with headphones. They ‘suggest’ wearing headphones at the start, but it’s a requirement! If you like stealthy puzzle games, this is a fantastic choice. I love it! I’m looking forward to playing more of it!”

Want to Own Clea for the Nintendo Switch?

Yay! You made it all the way to the end of my review!

What do you think? Is Clea the survival-horror game for you? Are you ready to solve puzzles and show off your stealth skills?

The lovely people at InvertMouse have given us TWO digital copies of Clea (for the Nintendo Switch) to raffle off to HorrorFam.com readers. If you’d like to enter, fill out your information below:

The contest ends at MIDNIGHT on 10/31/2020, Los Angeles time. You have 24 hours to enter!! I’ll have the RafflePress plugin shuffle all your names in its virtual hat and draw two winners. I’ll contact you via email and announce the winners on our Twitter and Instagram profiles.

Good luck and HAVE FUN! I enjoyed playing Clea and I hope you will too! ♥