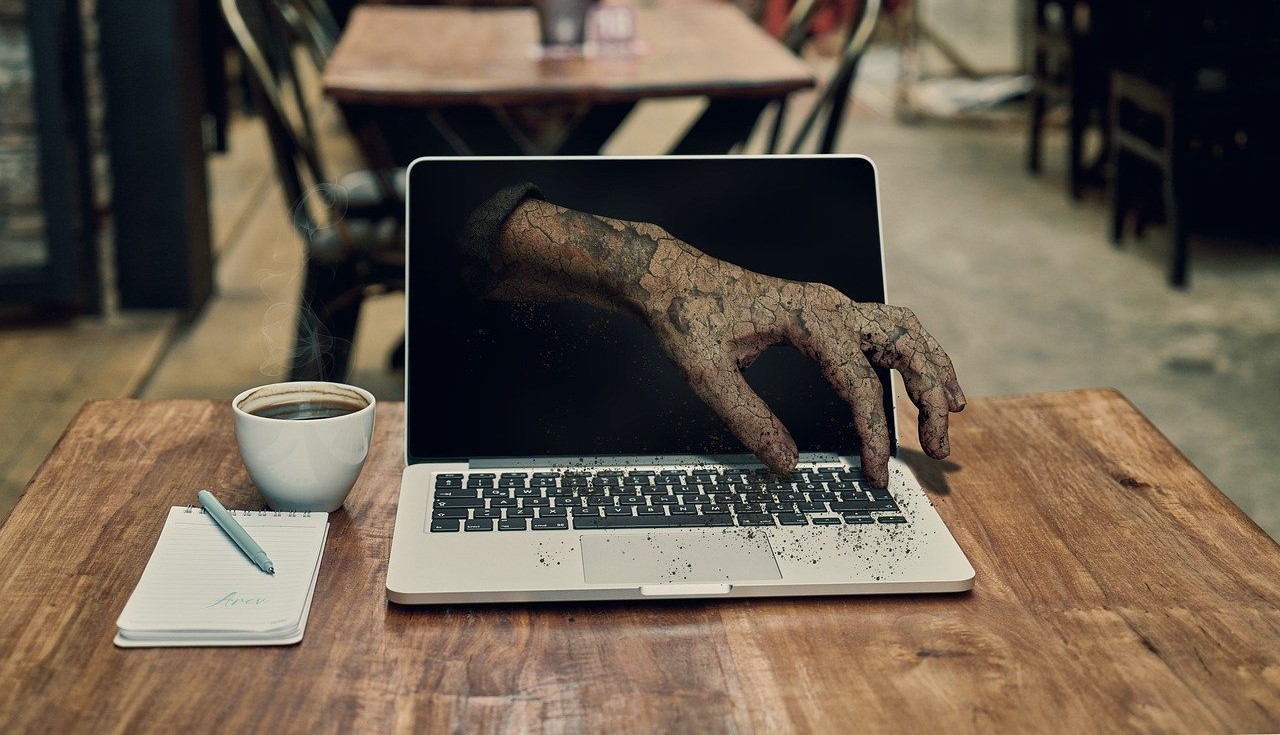 I’m sorry HorrorFam.com hasn’t updated in a while. I was working at a (beyond) full-time job and then I had to take care of a health issue. December and January got away from me…

But, I no longer have a full-time job, I’m nearly fully recovered from my health struggles, and I’m ready to get HorrorFam.com rolling again! LET’S DO THIS!

We’re going to be posting content again shortly. We’re aiming to have something up February 21st no matter what.

Since writing (good!) blog posts takes a lot of time, we quickly realized that we weren’t able to write + upload written posts quickly enough. We got posts from guest writers up lickity-split (and we’re always accepting submissions, if you’d like to write something!); however, once the guest submissions slowed… we weren’t able to keep up a good update schedule!

Going forward, we’ll still write blog posts whenever we have the time + energy. And we’ll still publish written posts from guest writers! But, to keep content flowing on a regular basis in-between the written posts: We’re starting a podcast.

We’re hoping to get those out at LEAST once per week. Episodes will be available via Podbean, Google, Apple, etc. We’ll also post them here, on the blog.

Between the podcast, our written posts, and guests’ written posts, there should be plenty of content here in the near future! And, of course, our free-to-join forum is still around as well.

I was recently asked to be a judge for the Indie Film Wisconsin Film Festival! You can read more about it (as well as a bit more on my role there) on their website.

This is their second annual festival and they’ve already gotten a ton of film submissions. Last I heard, they had over 120 films thus far. And they’re still accepting submissions until March 31st.

If you use the code HorFam1, you can get 60% off your submission entry. (Note: HorrorFam.com doesn’t get any financial kickback from that code/link).

Basically, it’s an all-genre independent film festival. Of the hundreds of entries they receive, they can only show/feature around 60-70 of them. That’s where I come in…

They’re sending me all of the submissions in the horror/sci-fi category (since that’s my niche!) to be the first “judge” to look them over. I watch them all, give my opinion on each one, and let them know which are the best of the best for that genre/category.

Then, the best horror/sci-fi films get put back into the mix with the best of all the other genres (drama, romance, comedy, etc. — chosen by their respective “genre” judges) to then be viewed/judged by the “Master” judges (the event owners/managers).

The “Master” judges choose which films are actually shown during the festival. They also decide which ones get to go home with awards.

I don’t get paid anything as a judge. I just thought it’d be a cool way to support/get more involved with indie films. I’ve been told that, after the indie horror films I’ve watched debut at the Festival, I can write (spoiler-free!) reviews here on HorrorFam.com!

If you have an indie horror film/animation/music video/screenplay you’re dying to have seen, I encourage you to submit it. They’re accepting digital submissions from around the world. It’s pretty neat.

Again, I’m not getting paid to watch/”judge” any of the films. But I’m having a lot of fun watching all the indie horror creations! I’m looking forward to sharing my thoughts on my faves come May 2020 (The Indie Film Wisconsin Film Festival runs from May 1-3).

Last month, we were contacted by our “cousin”: MutantFam.com!

They bought their domain and got started around the same time we did! We were unaware of each other’s existence until very recently… But they’re great!

Like we are, MutantFam.com is a new/growing website. Their primary focus is on The Last Drive-In with Joe Bob Briggs, but they also cover other horror films/shows/podcasts/creators as well.

Their founder is very active on Twitter and he’s super rad. He’s always doing fun things with the #MutantFam and doing his part to support the horror community. Give him a follow and check out their site!

We don’t have any “written in stone” solid plans (yet!), but there may be some HorrorFam.com + MutantFam.com crossover/team-up content down the road. Stay tuned.

In other news, we updated our Store page. So if you’d like a product with our logo or one of our mascots (drawn by the amazingly talented Sandpaperdaisy!), be sure to check that out.

Here are a few of the things we have up for sale (there’s a lot more!):

Once again, those items (and more!) can be found on our store page.

That’s all for now. Come back for another update on February 21, 2020. In the meantime, you can follow me on Twitter for mini-updates as they happen.