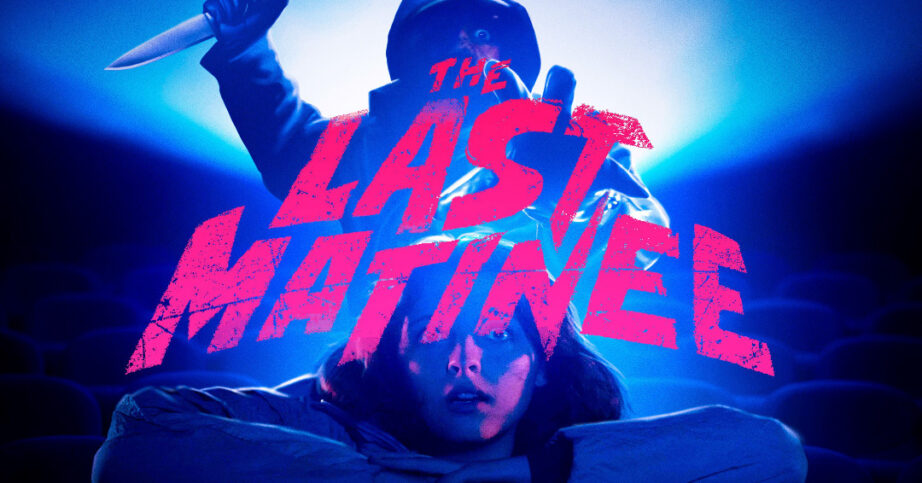 It took me awhile to make my way to Giallo films, but once I discovered them, I was in love. The vivid colors and vibey soundtracks; the startling, artistic, and stylish imagery; and beautiful filmmaking coupled with highly engaging, fast-moving, suspenseful plots and interesting characters really connected with me.

So, when I heard about The Last Matinee (original title Al Morir La Matinée), I was intrigued. A modern Spanish Giallo film that takes place in a movie theater? Sign me up!

The Last Matinee grabs you right from the beginning, and the environment is the perfect callback to one of my favorite Giallo films from the ’80s, Demons (side note: if you haven’t seen Demons, please rectify this ASAP!).

In this film, college student Ana (played by Luciana Grasso) takes over projectionist duties from her ill father. She plans on a quiet evening spent cramming for an exam while her father heads home to rest.

It’s worth noting that the film takes place in 1993, which helps give it that vintage vibe that suits the story so well. It’s also raining during the movie, giving the film even more dimension and texture. The movie playing during the events of the film is Frankenstein: Day of the Beast, which was directed by Ricardo Islas, who portrays the killer in this movie (an inside joke between the director/cast members).

As Frankenstein gets going and the audience gets settled, a crazy, black-gloved killer has slipped into the cinema. This psycho begins picking off the audience members one at a time!

I loved the synthy soundtrack that felt very 80’s as well as the engaging characters — everyone in the audience is interesting and unique with their own story to tell, pulling you further into the film.

Though this movie doesn’t really show us anything new, it does include some very creative and hilarious kills! The killer has a trademark that he collects from his victims and he also, um, enjoys eating said trophies. (I needed a moment to comprehend that and once I realized what was in his trophy jar, my stomach felt a bit queasy!).

Is The Last Matinee “Worth the Price of Admission”?

The Last Matinee AKA Al Morir La Matinée is a light, slick, and fun romp that isn’t weighed down by anything excessive. Clocking in at a tight 88 minutes, it feels just the right length. The staircase scene towards the end of the movie had me giggling out loud. You really root for the main characters here, including Ana and a young boy, Tomas, (Franco Duran) who are trying desperately to escape the killer’s clutches and get out of the theater alive.

Even if Giallo isn’t your thing or you haven’t seen many films of this style, you’ll still find something to love about The Last Matinee. It’s pure pleasure and a total delight for genre fans. It’s pretty difficult these days to craft creative kills that haven’t been seen before, but director Maximiliano Contenti definitely managed to surprise me with some inventive demises.

The Last Matinee is currently streaming on Hulu. Go check it out!

Images obtained via CineMaterial and IMDb to be used for review purposes.